You are here: Home / Healthy Homes Blog / From water damage to basement remodel on a budget!

This home was built around 1912 on a concrete foundation. The homeowners needed to add a bedroom, but keep a workout area / book storage, and they had recently experienced some water damage. They also wanted to make it easy to revert back to one large room in the future. We were called in to see what could be done to make this portion of the basement really functional and fun. The existing space had several issues: 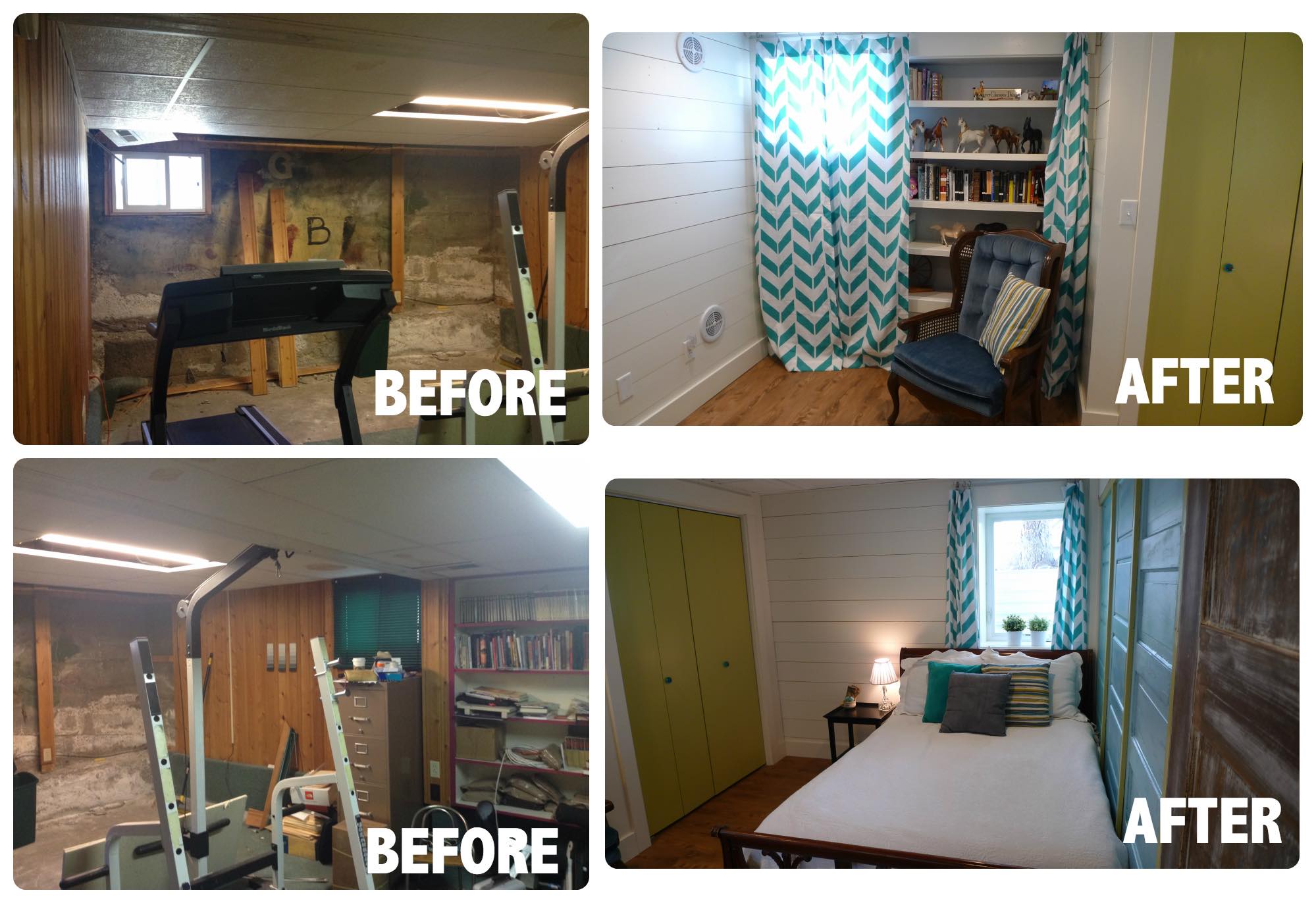 We removed all the old walls and sealed the foundation wall. Next we tackled adding an egress window with a window well for the bedroom area. We used an expanded polystyrene insulation system (Nailstrip) to both insulate and frame the exterior walls. We adjusted wall depth to cover the footings where needed, but used the extra wall space to create built-in bookcases and a closet. Because it is below grade, we used a solid vinyl flooring for low maintenance. This was installed after we leveled the floors. Instead of drywall we used shiplap wood planks that are painted white to blend with the existing basement walls adding character and texture. To gain as much ceiling height as possible, the ceiling was finished with a joist mounted ceiling pvc panel system and the ductwork was rerouted above the shelving. 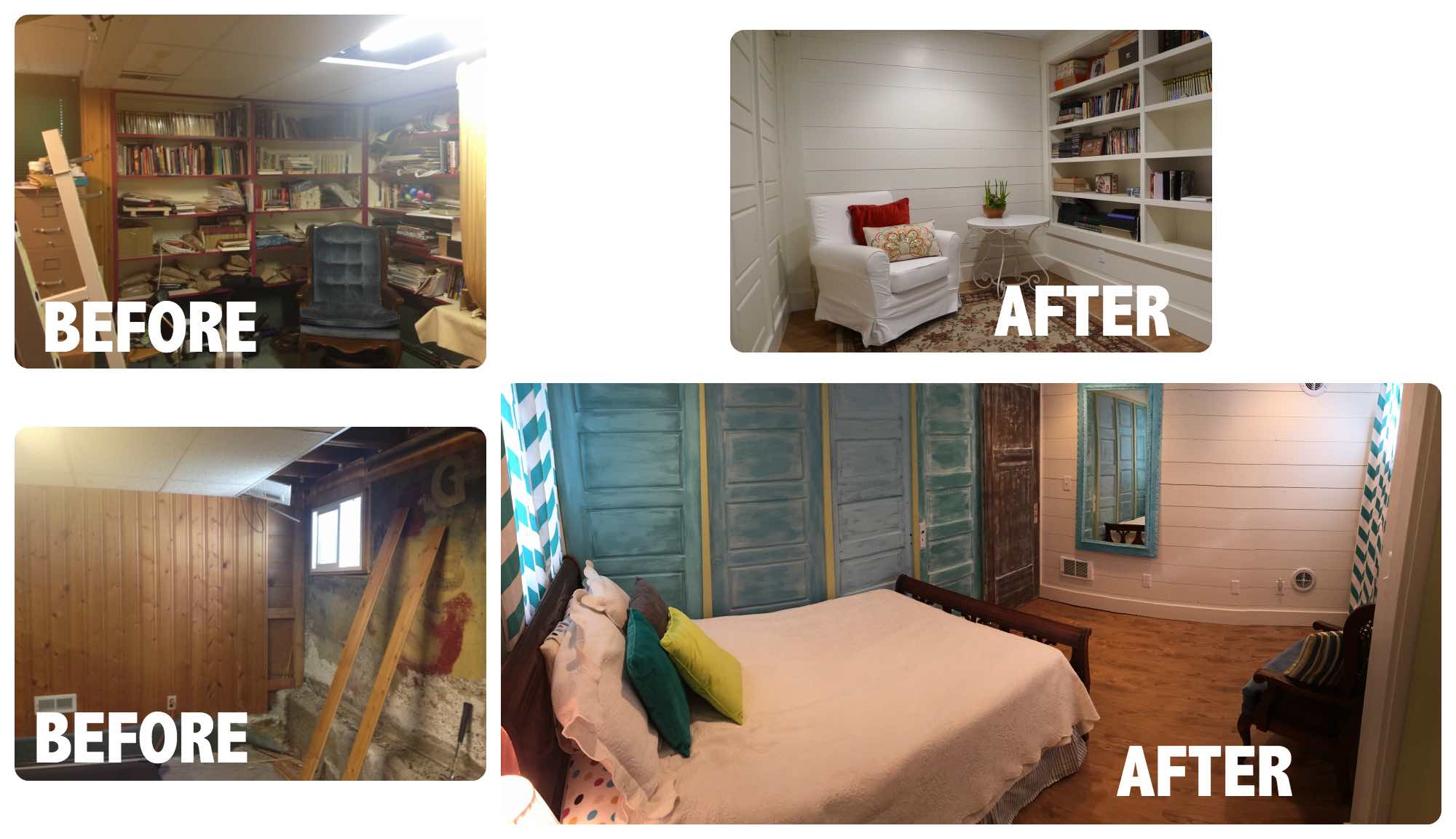 For current and future functionality, we built an easy to remove ‘wall of doors’ to divide the space. The homeowner purchased several antique doors, and a few new ones to match from a local store’s ‘bone-yard’. The doors were then installed side by side to create a dividing wall. Each door was painted a different color and outfitted with antique hardware for tons of charm! A sliding door with barn-door hardware was added to give the room privacy. Now the family has a functional, warm, safe and fun space, while repairing damage and keeping to a tight budget!

Call today for your complimentary Envision Your Dream Home session with Penny!
(406) 581-1382